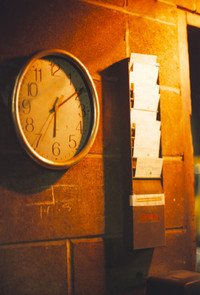 Computers have changed the way people relate with one another, both in the workplace and in wider society. The advent of computer networks and low cost computers have enabled companies to decentralize their operations. This has fundamentally changed how many workers interact with their supervisors and coworkers. According to the United States Bureau of Labor Statistics, over five million people are now employed in computer occupations. Labor Force Statistics from the Current Population Survey, Last Modified Date: January 22, 2021. Given the ever increasing role computers play in our society, it should come as no surprise that one of the fastest growing industries in this day and age is the computer industry. Computer technology, as important and efficient as it is, is complex and esoteric for most people. Thus, with the boom of the computer industry, the number of professional computer consultants and technicians working throughout the industry has exploded.

Perhaps in response to the growing number of highly-skilled and highly-paid computer professionals populating the workplace, under California law, computer professionals whose employment meets specific conditions are exempt under the Professional Exemption from certain California wage and hour protections, including the payment of not less than minimum wage for all hours worked and the requirement that workers be compensated at a rate of no less than one and one-half times the regular rate of pay for work in excess of eight hours in a workday or 40 hours in a workweek. California Labor Code section 515.5.

On top of that, the computer professional must be involved with either the application of systems analysis techniques and procedures or system functional specifications. This would include consulting with users to determine hardware, software, or system functional specifications; the design, development, documentation, analysis, creation, testing, or modification of computer systems or programs, based on and related to user or system design specifications; or the documentation, testing, creation, or modification of computer programs related to software or hardware design for computer operating systems.

Even if all of the above conditions are met for the exemption in the case of a particular employee, there are still a few exceptions to know.

While the federal Fair Labor Standards Act (FLSA) does creates basic wage and hour protections for most workers in the United States, the FLSA is a floor, rather than a ceiling, for wage and hour protections. When state law differs from the FLSA, an employer must comply with the standard most protective to employees. California has created higher standards of protection for workers. The FLSA has an exemption for employees in computer-related Occupations. See Code of Federal Regulations, title 29, part 541.400. However, the compensation threshold under the FLSA is much lower than the threshold under California law. Thus, California computer professionals are only exempt from overtime and minimum wage laws if they earn at least $47.48 per hour as of January 1, 2021 or receive a commensurate monthly or annual salary as discussed earlier in this article. As a consequence, many moderately-paid computer professionals who would be exempt under the FLSA were they working outside of California, are entitled to overtime and minimum wage protections under California law because they do not earn enough to qualify for the California exemption.

If you have not been paid proper overtime wages, or if you have been denied rest breaks or meal breaks or have been forced to work during them, or if you believe your employer or former employer has otherwise violated your rights, call the experienced employment law attorneys at Kokozian Law Firm , APC or Contact Us via our online form.