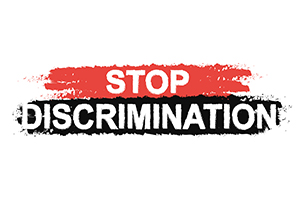 FEHA applies to employers who employ five (5) or more employees, but it excludes employees who are employed by their parents, spouse, or child, or a religious association or corporation not organized for private profit. Cal. Gov. Code 12926(d).

FEHA protects employees against discrimination by their employers in their hiring; terminating; discharging or selection for training programs that would lead to employment, or in the compensation or terms, conditions or privileges of employment. Based on the employee’s:

An employer must also “take all reasonable steps necessary to prevent discrimination and harassment from occurring,” if not the employer is engaging in an unlawful employment practice. Cal Gov Code § 12940, Trujillo v. North County Transit Dist., (1998) 63 Cal. App. 4th 280, 286.

Further, if an employer states that the employee was terminated because the company was downsizing, such a reason alone is not necessarily a sufficient explanation under FEHA. Guz v. Bechtel National, Inc., (2000) 24 Cal. 4th 317, 358. The [i]nvocation of a right to downsize does not resolve whether the employer had a discriminatory motive for cutting back its work force, or engaged in intentional discrimination when deciding which individual workers to retain and release. Id. See, e.g., Throgmorton v. U.S. Forgecraft Corp. (8th Cir. 1992) 965 F.2d 643, 646 647.